The prototype for this challenging 3D puzzle is the legendary London doubledecker bus, the AEC Routemaster. This red bus became the symbol of the City of London and its business card in all the city’s guidebooks published around the world! 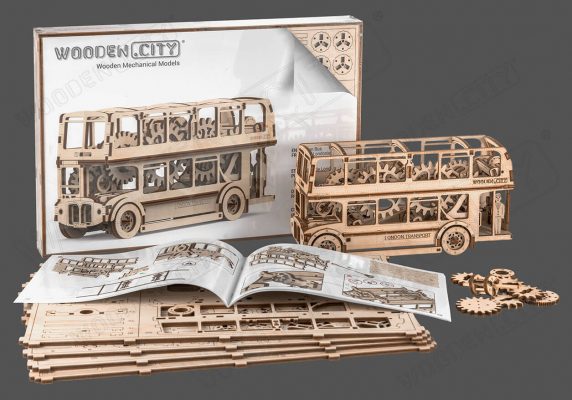 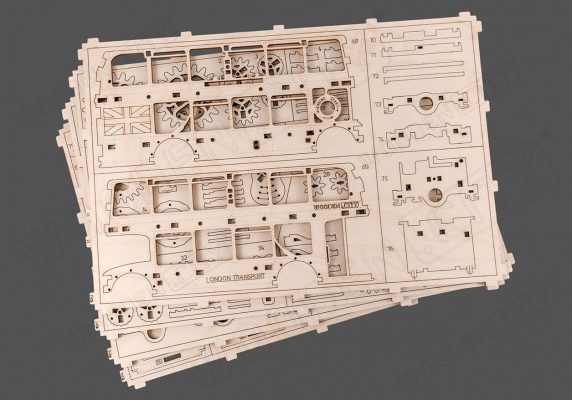 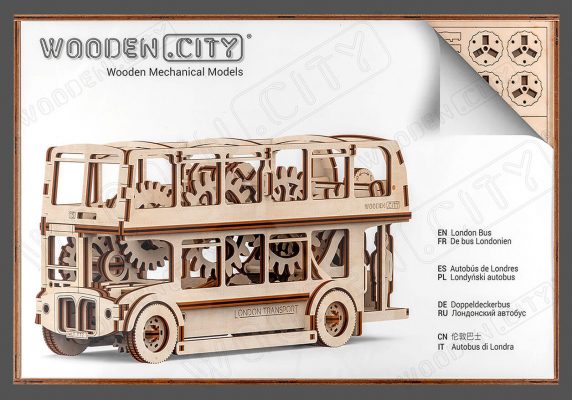 Go to London! When you do, an absolute must-do thing in the capital of Great Britain is to take a ride on a red doubledecker bus which rides through the streets with only a door-less open platform for passengers to get on and off. In 1954 the first prototype doubledecker was created (entering service two years later in February 1956), and in December 2005 the bus made its last run as a city passenger transport. However, several buses still ply around London for tourists to see the city. These buses had their own urban customs. For example, on the second floor, the front row of seats was typically regarded as only for lovers. The conductors were always joking and amusing passengers as the bus traveled through the city. The LONDON BUS by WOODEN.City is rubber band-driven (runs on a “rezinomotor”). It has an open rotating gear mechanism. It carries passengers, and one of them even stands on the open platform on its rear. Just about to jump from it! Assembling 3d jigsaw puzzles for adults can be difficult. It is possible that it may take several evenings of concentrated silence. However, it is better to assemble your LONDON BUS while listening to the music of the famous band The Beatles! Then your imagination will definitely take you to London in the years that these buses operated! Your LONDON BUS and the Liverpool Four are waiting for you! Assembly instruction (VIDEO)