Simple in assembly, but ever charging forward with inspiration, is our wood 3d model ROMAN CHARIOT. This is a realistic copy of the venerable battle chariot, complete with a pair of horses and a bold rider. You’ll find yourself recalling the fascinating history of the battles of ancient Rome! 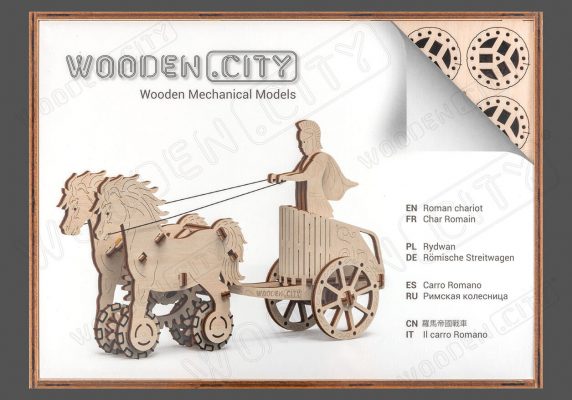 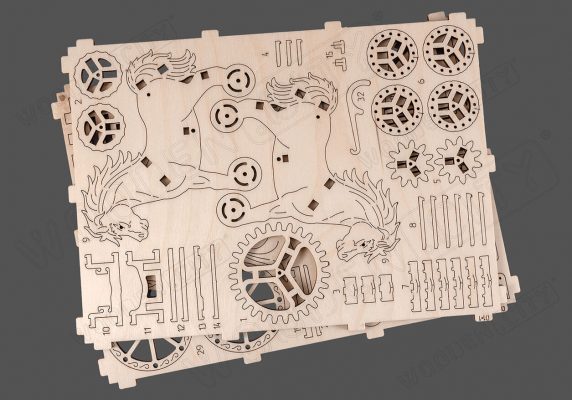 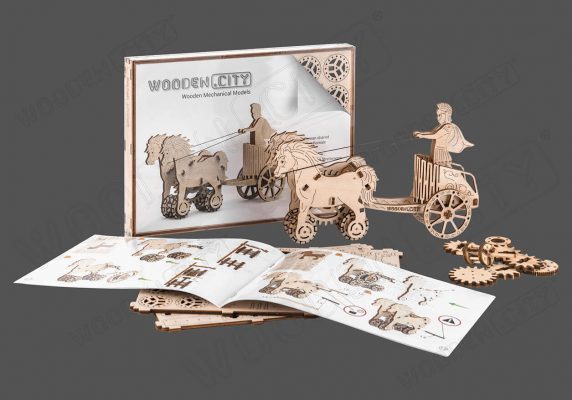 In ancient times, the number of a rival’s chariots determined the power of his army. Because of this ancient machine of war, the army of the Roman Empire was one of the most powerful and maneuverable in those days. Because it fought so many wars, the Romans had to move quietly from one “hot spot” to another. Therefore, they built great roads not only for civilian traffic, but also for the movement of war chariots. The width of the road was determined by the spacing between the chariot’s wheels, which itself was measured by the distance required for its two horses to run side-by-side. Chariot wheels left a deep impression on the roads. Through the centuries, Europeans continued to build their carriages at roughly the same axle width so that they could easily travel on these roads. Accordingly, it is said that George Stephenson developed his railroad steam engine prototype by setting up rails on a nearby chariot road, which ultimately determined the width of standard gauge tracks today! Build your chariot and dive into the legends of the Roman Empire! Just pull your cart back a little and it will roll across any hard, flat surface. If you collect a few chariots, you can arrange a real battle between Roman legionnaires and barbarians. Your children will be delighted! A great gift for historians and adventure lovers, the ROMAN CHARIOT will be one of their first and favorite models among the 3d jigsaw puzzles produced by Wooden.City.